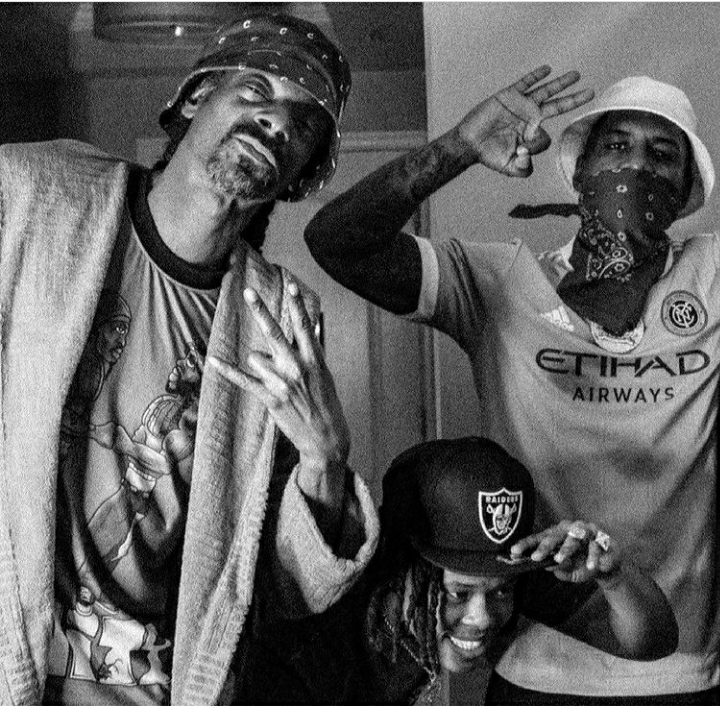 This past weekend Nasty C shared images and videos of him hanging out with Snoop Dogg, DJ Whoo Kid and Ari Lennox to name a few. The Zulu Man With Some Power hit maker is out in Atlanta in the USA with legendary DJ and producer, DJ Whoo Kid living his best life but also putting in some work.

Among the images of brunch with Ari Lennox, there were videos of him at the Trap Music Museum as well as a chill session with iconic rapper, Snoop Dogg.

Taking to his Instagram page, Nasty C also shared a video of an interview he did alongside Zulu Mixtape collaborator, DJ Whoo Kid. The interview subject? Well it was none other than Snoop Dogg. In the short clip, Nasty C asks Snoop if he’s ever been to South Africa and if he’s ever met Nelson Mandela.

“I’ve never met Nelson Mandela”, Snoop says. But he shares an interesting anecdote about what happened the time he was meant to meet him shortly after Madiba was released from prison.

“Actually when I was going to meet him they took me to jail. I got stopped in London, it was like a sabotage where they froze me from going there. And they put me in jail for a few days and locked my crew up and I had to reschedule and all that. I think it was a sabotage cause they didn’t want two kings to meet,” Snoop explains.

This question clearly touched him and brought out his philosophical nature because he explains that he believes that his spirit is linked to the revolutionary leader. “I think our spirits are connected because I’m doing the work that he would have done at this age”, he says. “When certain people are put on this earth, they’ve got to pass the baton to the next man to run with it, to run with the work. The ones before us, they did their job, they did as much as they could. Now it’s our job to go as far as we can so when we pass it on to your generation, ya’ll keep running,” he concludes.