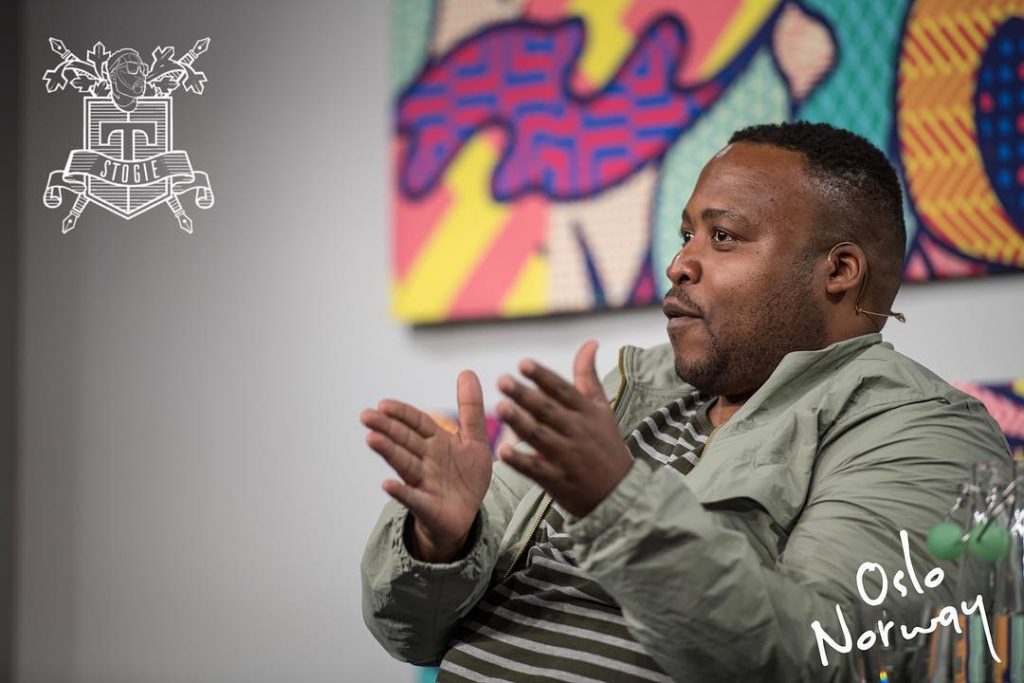 Nota Baloyi is the paragon of controversy and his stories are always on the borders of entertainment with a tinge of truth. This past weekend, the opinionated music exec has claimed that he won in a fight against Stogie T. He took to social media and in a post, he claims that he took Stogie T down during a fight at a gig this past weekend.

“Yes it’s true, Stogie T thought he could rumble with me. I put him down fast and pinned him to the ground and I thought about nreaking his nose but on second thought I thought it was good enough to have him enjoy the rest of the party with a ripped shirt,” he wrote on an Instagram post.

Nota even went live and explained what happened in the fight. He claims that Stogie T had a ripped T-shirt and even hit the floor with his teeth during the fight. Also claiming that Stogie T punched a woman.

Nota Baloyi details a fight he had with Stogie T.

Nota alleges Stogie T punched a woman two weeks ago and they had a fight about it. pic.twitter.com/4fGzv4AibL

“Of course my haters are going to say “oh this n*gga got… n*gga didn’t even scratch me. He didn’t even come near me. He tried to swipe at me. Dude, he’s so slow, I could duck, move, grab his hand and make sure his fist hits the ground before he kiss the ground. N*gga bounced on his own belly, he explains.

Nota continued to explain that he has his lawyers involved and calling Stogie T’s employers, claiming that he will drag Stogie T to court until he is broke.

Stogie T has since released a statement on his social media. Although he does not get into details with regards to what happened during the fight, he has sent out an apology to his family, his church and the Hip Hop community at large.

Stogie T says Nota has made a name for himself by slandering various creatives. He further states Nota has once accused his mother of being a corrupt public servant. pic.twitter.com/RvYfA564zv

The responses from social media didn’t hold back:

Social media obviously didn’t believe that the fight transpire the way that Nota is describing it. The responses have largely mocked Nota for fibbing because the probability of him knocking Stogie T out are low. Check out the responses below!

If that Nota and Stogie T story is true. Then SA Hip-hop is very alive okes. Hip-hop has always been competitive and aggressive. Unlike RnB and Amapiano, where Happy, Singing and Dancing nigg@s belong. Here, wayisusa uzoyimela. #YizoYizo

I’m sorry but ain’t no way Nota Pinning Stogie Down !!! I don’t believe him!!! Well, I never believe him. Lmao.. I’m sure ba mo goteditse ka tse hot.. Settle it in the ring boys. Street fights aren’t cool, they are too dangerous. Get in the ring if you wanna be a tough guy!!! pic.twitter.com/8S1sBLJ7af